In this video Madeleine Scherb, president of Health and Environment Program is giving her view on Women and the future of ICT in Africa. 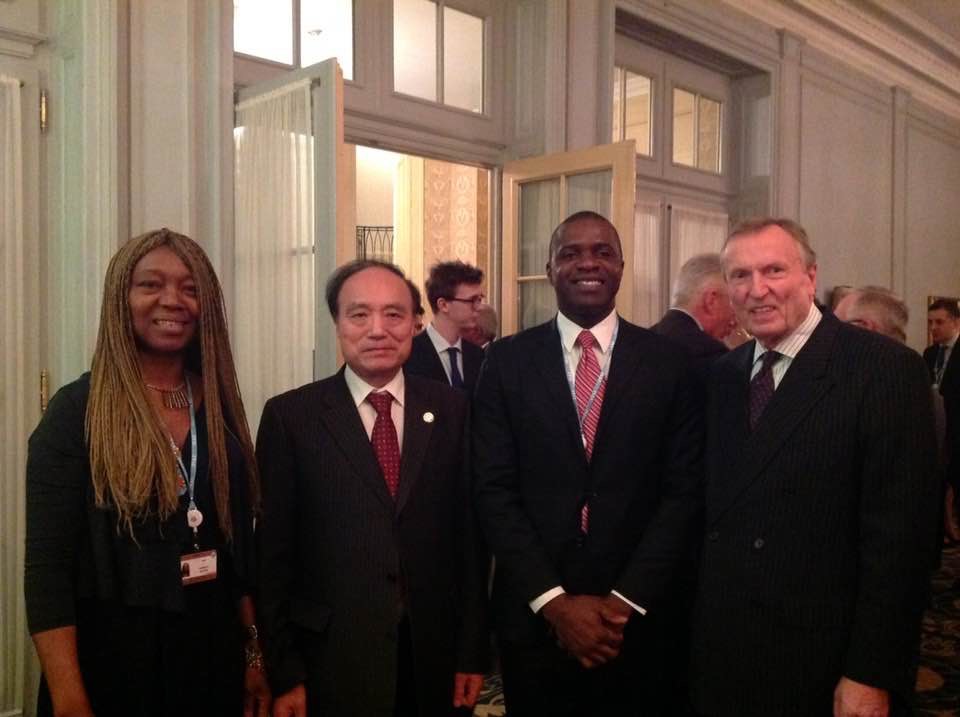 The African population of 54 states has nearly doubled in the past 25 years (currently 1.2 billion) and is expected to double by 2050, according to UN forecasts.

Sub-Saharan Africa is the home of more than 26 percent of refugees worldwide. Out of a total of 21,3 million refugees, 4,41 million are there. Ethiopia is the 5th host country, followed by Kenya (6th), Uganda (8th), DR Congo (9th), and finally Chad (10th) compared to the world rankings. Cameroon is not among the list of the ten countries that host the most refugees, but of course we also have a lot of refugees compared to our population of 23,44 million. They come mainly from Central Africa, Chad and Nigeria. They are fleeing wars in these three states.

In 2016, the continent of Africa was the home of nearly 30 percent of the total population of concern to UNHCR worldwide. The multitude of unresolved crises and their deterioration across the continent have caused the exodus of more than 2 million additional people forced to move in 2016 according to UNHCR’s sources, This number has significantly increased in recent years, particularly because of the current crises in the Central African Republic (CAR), in Nigeria and South Sudan and following the eruption of new conflicts in countries such as Burundi and Yemen. The populations of West Africa (Senegalese, Malians, Guineans, Nigerians, etc.) are those that move the most on the continent, and often in their own subregion partly because of the free movement that there is applied by the ECOWAS, the Senegalese in Morocco, the Ivorians in Ghana, etc.

More than 18 million people in the sub-Saharan region are currently under UNHCR’s jurisdiction, often working in partnership with NGOs such as Médecins sans Frontières and the governments of the countries hosting the camps, as is the case in Ghana. in Tanzania.

Somalia has become a haven for thousands of refugees fleeing the civil war in Yemen, even as the Somali refugee population fleeing the ongoing conflicts in their country is the third largest in the world (more than one million displaced, according to the UNHCR report). Some governments, such as Uganda and Tanzania, have adopted a generous policy of welcoming their refugee populations. Repatriation is started for the populations for whom UNHCR estimates that the host country is now stabilized.

In Kenya is situated the famous Dadaab camp, now the largest complex of refugee camps in the world (with nearly 350,000 inhabitants in 2016).
Sudan, South Sudan, the Democratic Republic of Congo, Somalia, South Africa have not ratified the United Nations Convention on Refugees. More and more Africans are moving: Nigeria, Eritrea, Guinea, Ivory Coast.

It is important to distinguish between refugee movements and forced displacements because civil wars and humanitarian crises in recent years are destined for another country in the region.

However, it should be noted that global warming, desertification, natural disasters, food insecurity, water scarcity, the rise of endemic diseases are the main causes that push refugees to go elsewhere.

P.S: a refugee is a migrant who has not chosen to be uprooted.